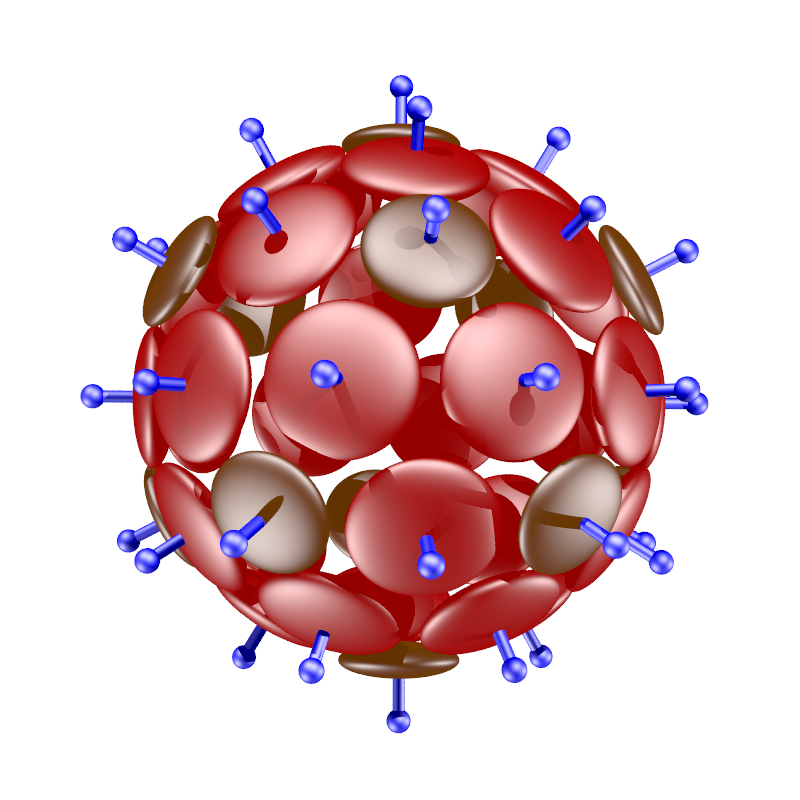 The field of nanotechnology transformed virtually every aspect of our lives during the last few decades. As researchers gradually understood the structural basis of complex biological processes, the need arose to rationally design artificial structures on the nanoscale that can mimic some of such processes, or interfere with them at the molecular/supramolecular level.

During the project we have created new models of colloidal building blocks that can self-assemble into functional structures at this length scale. We modified a coarse-grained model of charged rigid particles, having only ionic and excluded volume repulsive interactions, originally developed in my group for self-assembling tetravalent Goldberg hollow shells. By exploiting the observation that large-scale cooperative rearrangements between competing structures in model hollow shells have in fact very simple energetic profiles, we applied this knowledge to design novel colloidal motors, which were able to transform external energy input into directional rotational motion. The second model created is a minimal model for colloidal building blocks capable of self-assembly into two-dimensional quasicrystals. Such structures are predicted to have very interesting optical properties, and can be exploited for many photonic applications. The computational models developed in this project can guide experiments by specifying the minimal conditions for building blocks in order to be able to spontaneously form functional structures on the colloidal length scale.

The final project report can be downloaded from here.

The following animation shows sustained rotational motion for the rotor blade (a minimal model for a colloidal motor:

The following animation shows assembly of a sheet with local quasicrystalline order: